Is This Image Real or Fake? 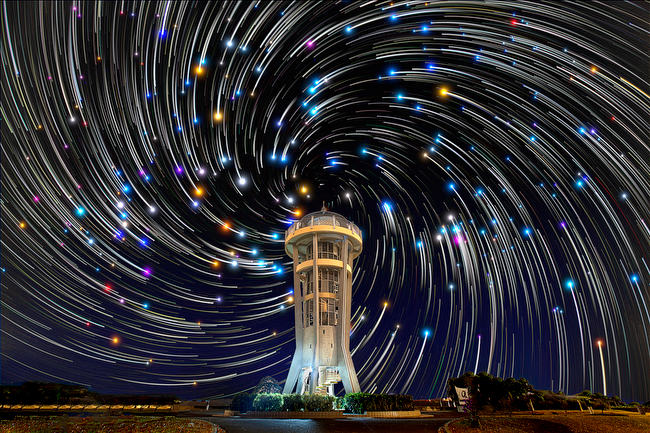 Ever wondered if the controversial image that I’ve published is real or fake? This is the question people always ask me every time I’ve posted a never-before-seen star trails image or Milky Way image taken in Singapore. Then I realized regardless of my reply, those who believe it’s real, will eventually attempt to prove that they can do it too while those who believe otherwise will choose to wait until they’re proven wrong well, by another photographer of course.

Another reason why people can’t tell if my image is real or fake might have something to do with the low level of public awareness of astronomy and astrophotography in Singapore since we’re living in a city where people don’t look up. When people don’t see reflection of Milky Way or star trails or when they see colored stars, they think it’s fake. When people don’t understand my description, they think I am trying to pass these (fake) images as the real deal. While some of my images may not be a good representation of what we see in reality, since I prefer to focus on the aesthetic aspects of imaging, but they may not be 100% fake too. So what’s my definition of real then?

1. Single exposure shot that captures the celestial objects which are not visible to our naked eyes.

2. Composition of a series of photographs (stacking) taken at the same location, using the same lens and facing the same direction.

3. Everything that is recorded in the RAW file.

Since I started blogging about my images in January 2014, the viewership has increased exponentially and I feel that there’s a need to address my views on photography and my photography style in hope that this will help you and my new followers to better understand my creations.

I consider photography as an art form and I see myself as an artist instead of a photojournalist, and hence my Facebook page is categorized as Artist. So, I primarily create 4 types of images to satisfy the diversified taste of the public: 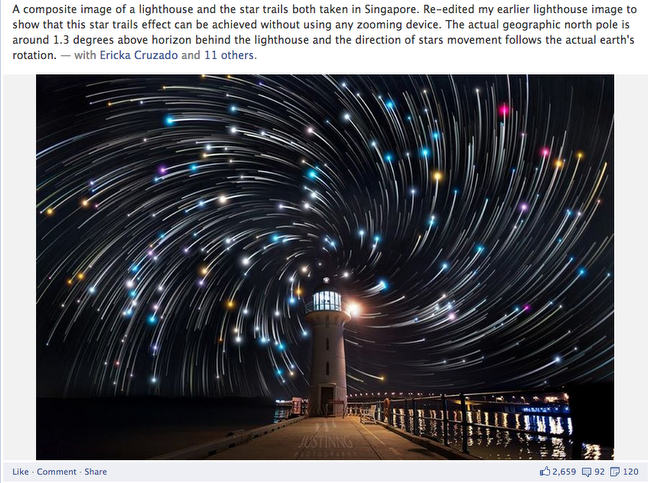 I didn’t initially think I need to describe this image explicitly (because it’s like I need to tell you that the Spiderman movie isn’t real) but I did anyway by indicating that it’s a composite image and that the actual geographic north pole is around 1.3° above horizon, so it can’t be located at the tip of the tower. The main objective was to demonstrate the possibility of achieving this star trails effect without using any zooming device and that it can be done in Photoshop. I’ve also mentioned before that all my star trails images are meant to be appreciated as a creative art and since it’s an art, I don’t expect everyone to like the image as much as I do and I’m cool with that.

Composite images are made by combining images taken at different locations and/or at different times. All my star trails images are made up of real night sky and foreground images taken in Singapore. Last year I’ve created a time-lapse video to show that it’s possible to create nice star trails images in Singapore if you can beat the light pollution.

You can click here or here to read more about my star trails images. 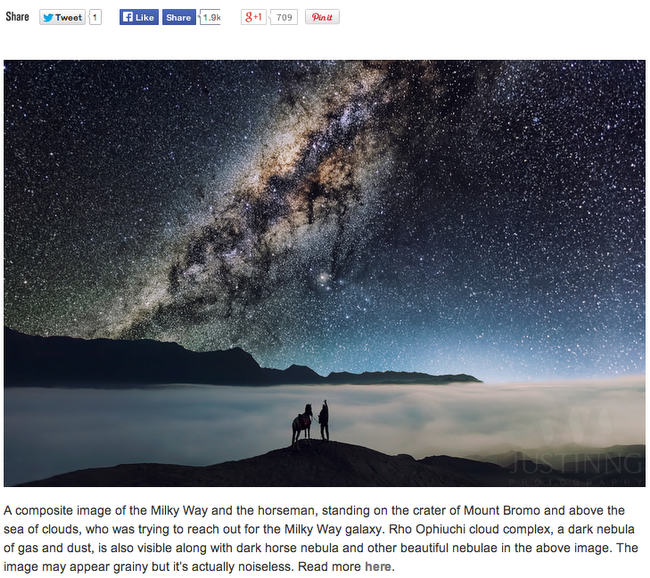 A composite image of the Milky Way and the horseman, standing on the crater of Mount Bromo and above the sea of clouds, who was trying to reach out for the Milky Way galaxy.

I create composite images when I decide to let my creative juices flow or when I want to turn an idea into a print, and the above image is one such example. The final composite (fake) image was made up of 2 real images (the Milky Way image and the foreground image) taken in Mount Bromo. This image was created for an astronomy competition which accepts composite images. 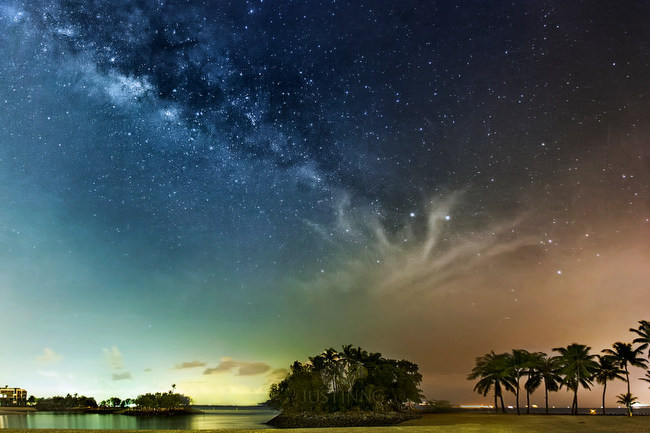 When I attempt to photograph the ‘impossible’ view of our light polluted city, people say the images are fake. If you have a dream, you have to protect it. When people can’t do something themselves, they will find thousands of ways to tell you that you can’t do it as well. I am fortunate to mix with friends who are very inspiring and one of my friends once told me, “Justin, don’t bother about what people say about you because negative perception of others are linked to higher levels of narcissism and antisocial behavior. Go and chase after your dreams!” So my dream of shooting the Milky Way in Singapore has finally come true and I’ve published a tutorial for it here. 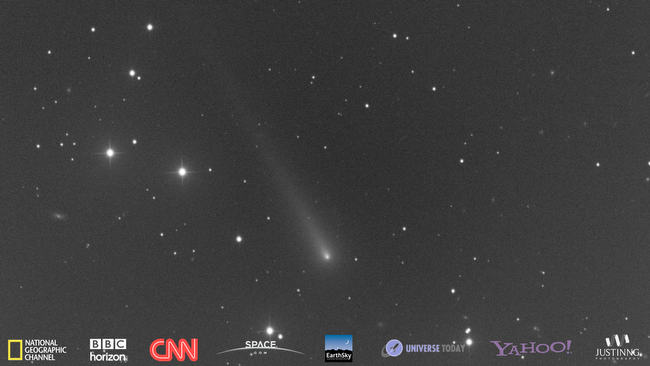 I take pride in my works and I aim to become a versatile photographer from the day I decided to buy my first DSLR camera. That being said, I still consider myself as being new in astrophotography because I only became determined to explore all aspects of astrophotography after May 2013 and I started doing it in Aug 2013. So I’m always open to feedbacks and suggestions if you have for me. Thank you for reading! Here’s another good read.