First Star Trails shot of the year 2014 in Singapore 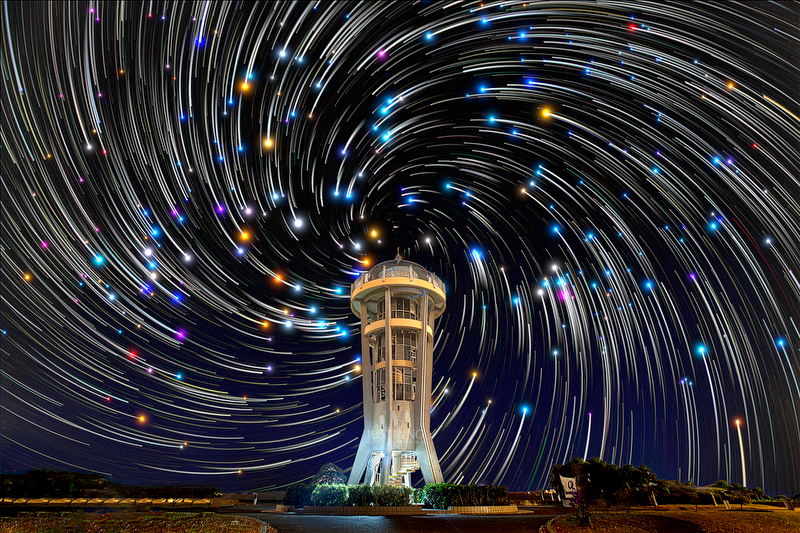 Kicking off a brand new lunar year with my first star trails image of 2014. This is a composite image of a rocket tower taken yesterday and a star trails image taken last year at one of the darkest sites in Singapore. Ok before you say the star trails don’t make any sense to you at all, which I know it doesn’t because I didn’t plan to impress the purists at all. I’d like you to look at this image as a creative art.

I know how star trails look like in the real world and I didn’t want to show you that. And before you plan to rush over to this location and attempt to take a similar image, I suggest you read through what I have got to say or your attempt will be futile.

First you need to start believing that star trails and milky way photography are possible in a heavily light polluted city like Singapore albeit challenging but it’s not impossible. And if you don’t, check out the timelapse video below before you read on.

So the challenge of producing such star trails image in Singapore lies in the ability to get as much details as possible from the (almost completely washed-out) night sky or otherwise, we wouldn’t be able to see so much stars in it at all. Unfortunately most of the dark places you can find in Singapore don’t offer good foreground so you can assume all my star trails images taken in Singapore are composite unless otherwise indicated. And because most of the stars at our location (latitude ~1.3 degrees) are non circumpolar, it will not be possible to produce a full circular star trails image in Singapore and in countries near the Equator. A purist will be able to guess your latitude by just looking at a star trails image and they would think I took this from somewhere in China or in countries around that latitude if I didn’t say it’s taken in Singapore. The reason why the purist can tell is because the altitude of the polaris from the horizon represents the latitude of your location. By knowing this fact, you will be able to compose your image with little or no trial and error to get it right the first time at a new location.

The spiral star trails effect can be achieved in two ways. By increasing/reducing the focal length of your lens by a step, using a zooming device (see below image), after each exposure and along with the Earth’s rotation, you will be able to achieve the spiral star trails effect after stacking all your images. By pointing your camera in different direction, you may achieve different effects. I did mine in post processing as it gives me more flexibility but either way, you will still need to blend the star trails image into your foreground photo. So you can be sure almost 99.9% of the spiral star trails images you see on the internet are all photoshopped. 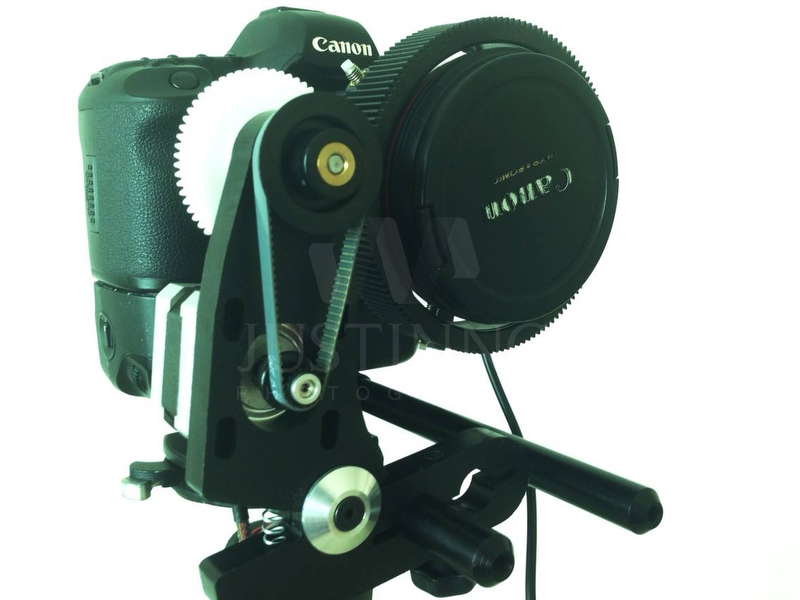 One such zooming device is Lens Apparatus by Project Chronos which I have setup on my DSLR camera (see above image) and this device will be able to change your focal length using a motor and a controller. It’s pretty easy to setup, user-friendly and I will be doing a blog post on this soon.

What about the color of the stars? The color of a star represents its temperature with blue being the hottest and red being the coldest. My colorful star trails image is in no way a good representation of the actual temperature of each star because they were enhanced during post processing. 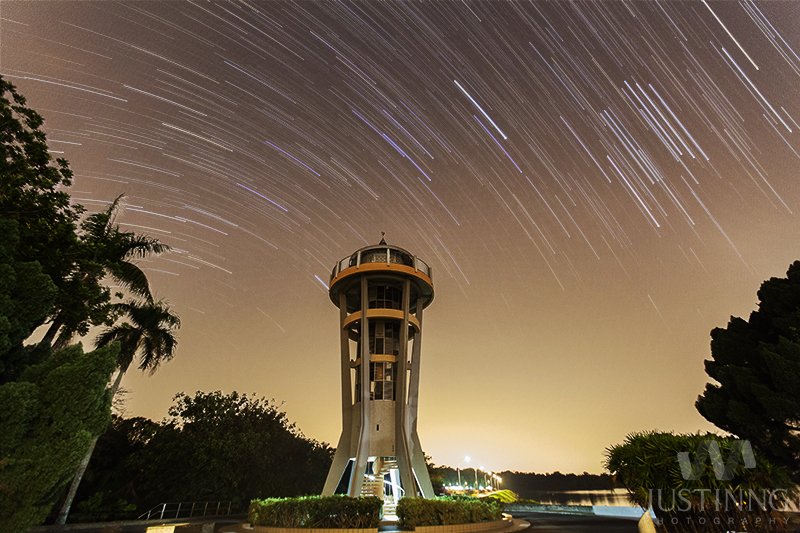 Here’s how the star trails look like in real world 😀 I was facing SW direction when I took the above image and serious light pollution is visible near the horizon but I would say imaging celestial objects at higher altitude is possible here.

So where is this place exactly? It’s at Upper Seletar Reservoir !

[Updated on 23 April 2014]: Do you know we can shoot Milky Way in Singapore too? Check out my recent Milky Way image taken in East Coast Park. This image is also published in 3 national newspapers (The Times, The Daily Telegraph and Daily Mail) in United Kingdom.

Till next time, good luck and clear skies!