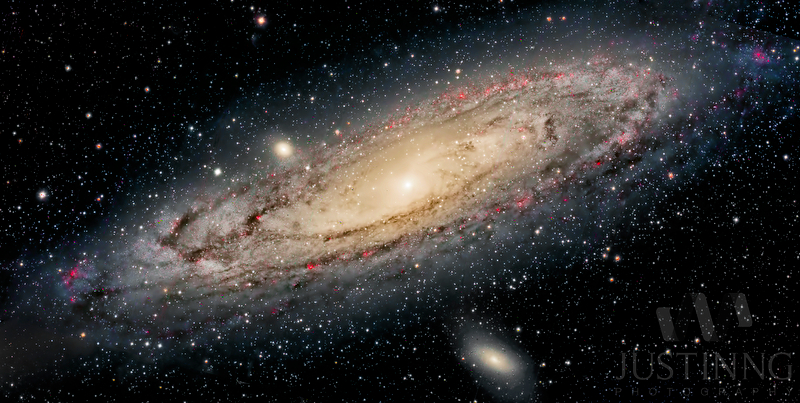 Andromeda Galaxy, also known as Messier 31, M31 or NGC224, is a spiral galaxy approximately 2.5 million light-years from Earth located in the Andromeda constellation. It consists of 14 known dwarf galaxies and the best known and observed satellite galaxies are M32 (near center) and M110 (bottom) in the above image. Andromeda Galaxy is the first galaxy I tried to image when I started deep sky astrophotography in August 2013. I attempted to image it with a one-shot color CCD camera and exposed it for just 5 minutes and here’s how it looks like right out of the camera. 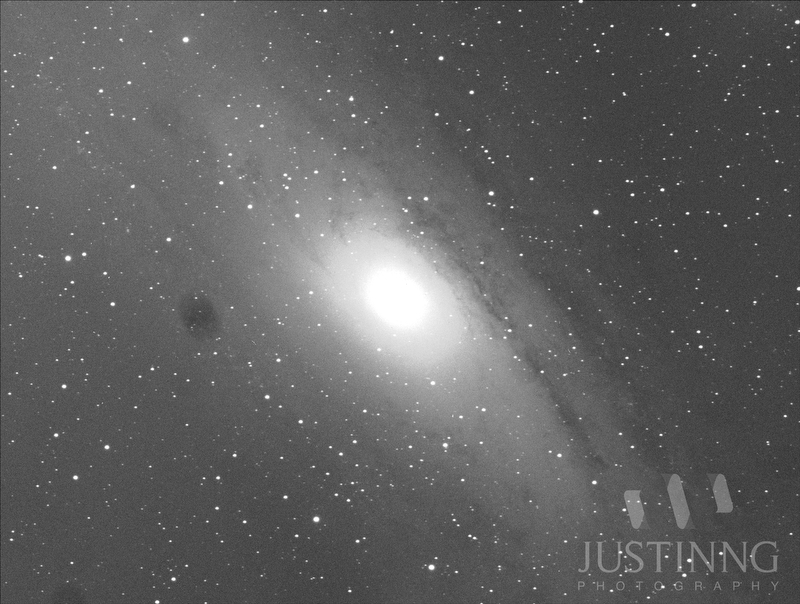 And after doing some post processing in Photoshop, here’s what I’ve got.. 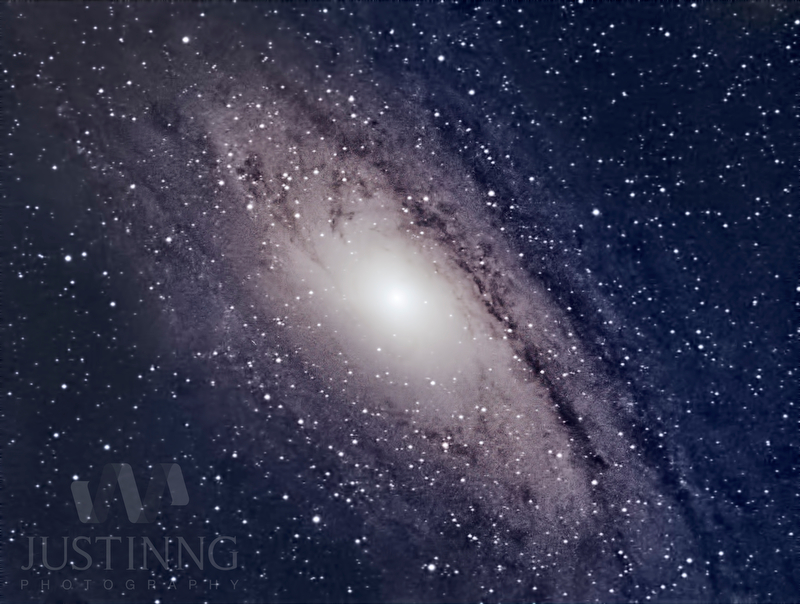 As it was my first deep sky attempt to photograph the Andromeda galaxy which is the nearest spiral galaxy to our Milky Way galaxy, I was in fact pretty satisfied with the result! But that satisfaction didn’t lasted more than a minute after I’ve looked around for other M31 images on the internet and they are so beautiful! Then I made another attempt to image M31 with a monochrome CCD camera this time round and the total imaging time was 60 minutes with all exposures taken using RGB filters combined. Here’s what I’ve got after processing the RGB data. 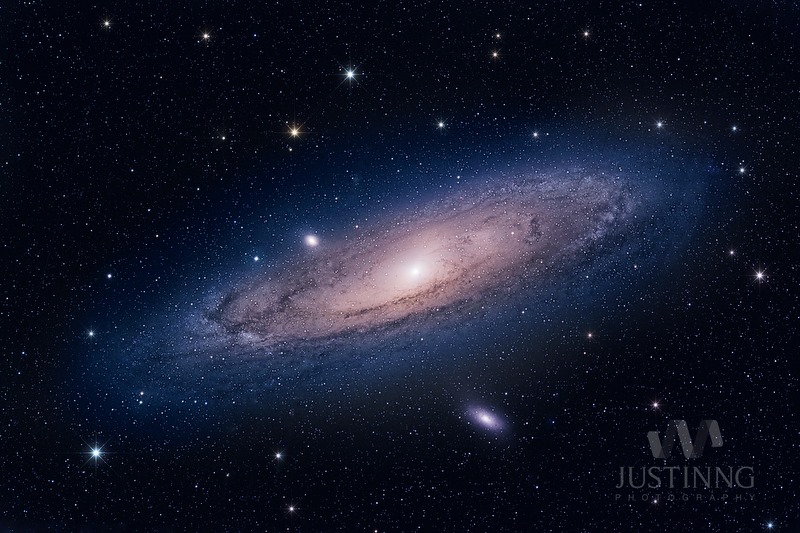 And I thought that wasn’t too bad huh? But very soon I realised something was missing in the image and that’s the nebulosity details! It took me about one month to complete the imaging attempt and to find out how to add that H-Alpha data into the image. The final image was a result of 3.5 hours of exposure time and several hours of post processing!

And I hope you like it ! I will be sharing my imaging experience on Andromeda Galaxy in Kuala Lumpur on 12 March 2014 and I hope to see you there! 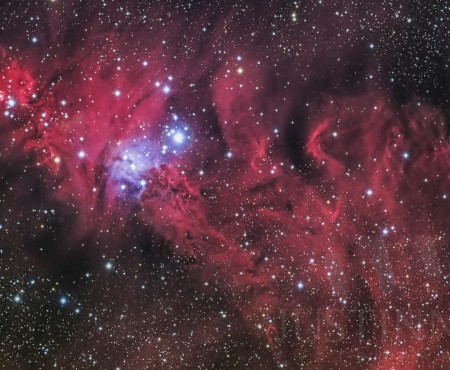 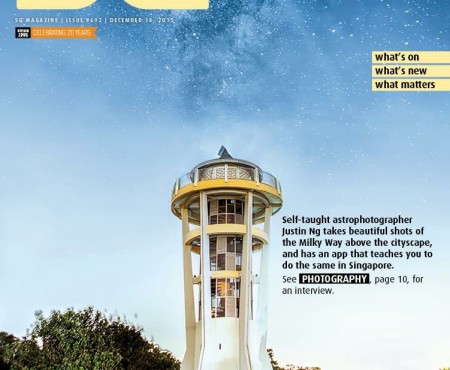