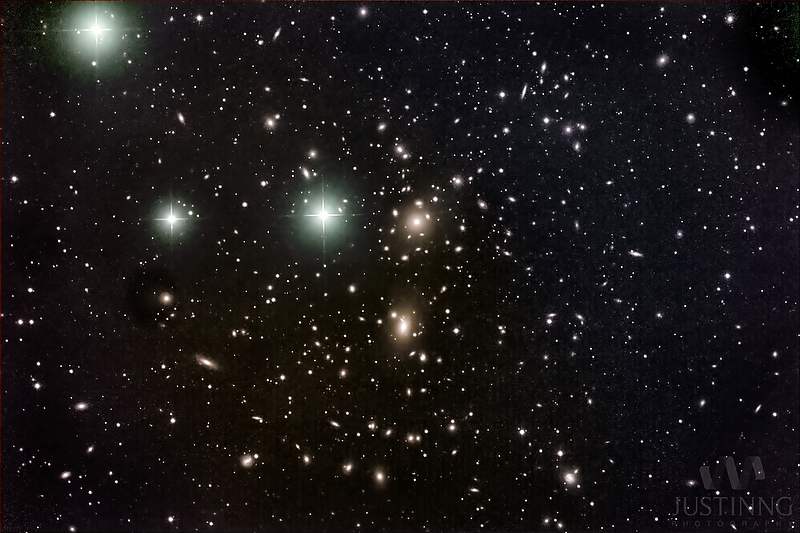 Almost every object you see in the above photograph is a galaxy. Coma Cluster is a group of galaxies in the faint constellation Coma Berenices and it contains thousands of galaxies that houses billions of stars each, just as our Milky Way Galaxy does. Most galaxies in Coma and other clusters are ellipticals, while most galaxies outside of clusters are spirals.

Starting out as a self-taught photographer in September 2010, Justin Ng has garnered his photographic experience from a diverse range of subjects, events and locations eventually earning recognition and publication in world-famous media sources like the BBC, CNN, National Geographic, Yahoo!, Space.com, EarthSky, UniverseToday and just to name afew. Justin was published as Asia's top 30 photographers by Signature Weddings, top 6 landscape photographers in the world by Pixoto, top astrophotographer in the world by Top Ten Magazine and he has been listed as Canon EOS World Photographer of the Year 2013. Subscribe to Justin Ng Photo's mailing list. Quality of all images in this blog is set to 30% to keep the filesize small.