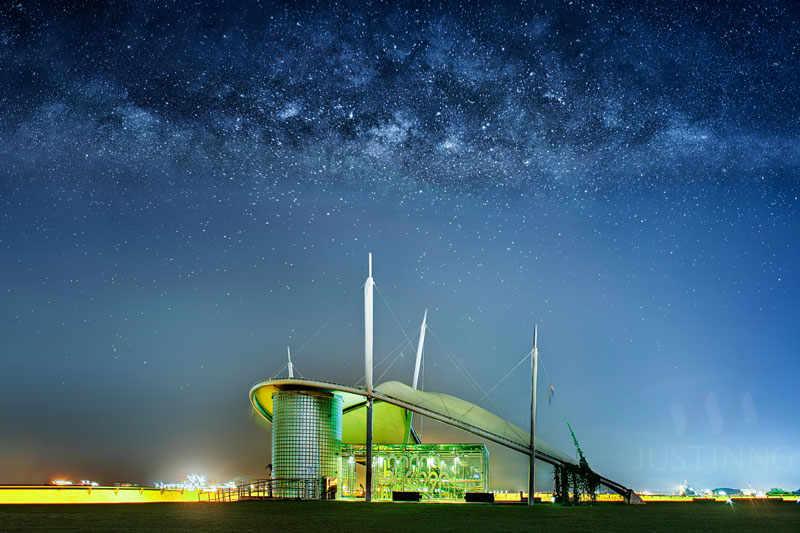 It was a cloudy night on 10 April 2014 but having checked the wind direction and knowing that the southeastern sky would clear by the time the Milky Way appeared almost parallel to the horizon, I arrived at Marina Barrage an hour earlier and waited for the right moment to get my shot. If you’ve been following my Milky Way images taken in Singapore, you will know I took more shots of Milky Way when it’s in a horizontal orientation than when it’s diagonal or vertical and I was very pleased when that part of the sky cleared up as expected. 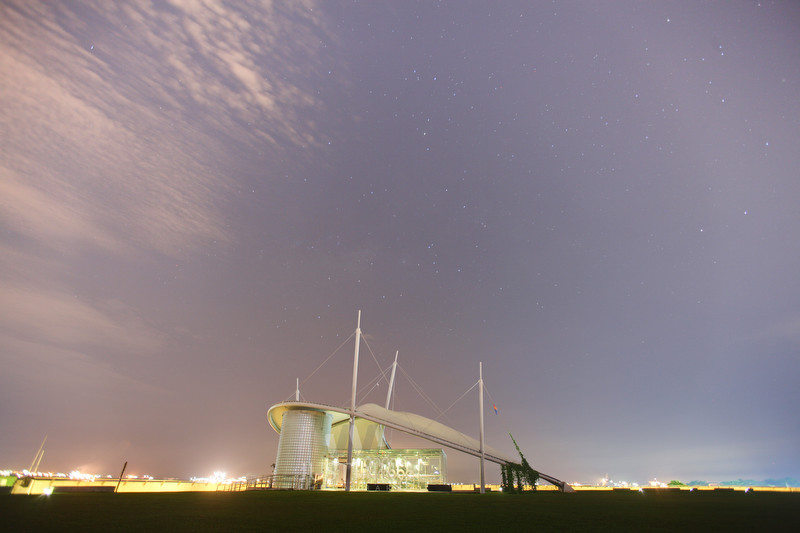 I actually took this shot in response to a challenge posed by one of my followers in April 2014 to take the Milky Way when it’s above one of the landmarks in Singapore but somehow I managed to pull this off using the Marina Bay Sands image instead, which was taken for experimentation purpose after I was done at Marina Barrage.

Compared to Marina Bay Sands, this is a much easier location to photograph the Milky Way and if you’re keen to learn how to do it, check out my tutorial here. Good luck and clear skies!