It’s a dream come true for me to be able to execute this vision that I had in mind after my last successful attempt to shoot the rising Milky Way above Marina Bay Sands on 10 April 2014. I have been waiting for an excellent opportunity to execute this vision and July is one of the best months to do this because I don’t have to wait all night after the laser show to capture the Milky Way when it’s above the Marina Bay Sands hotel. 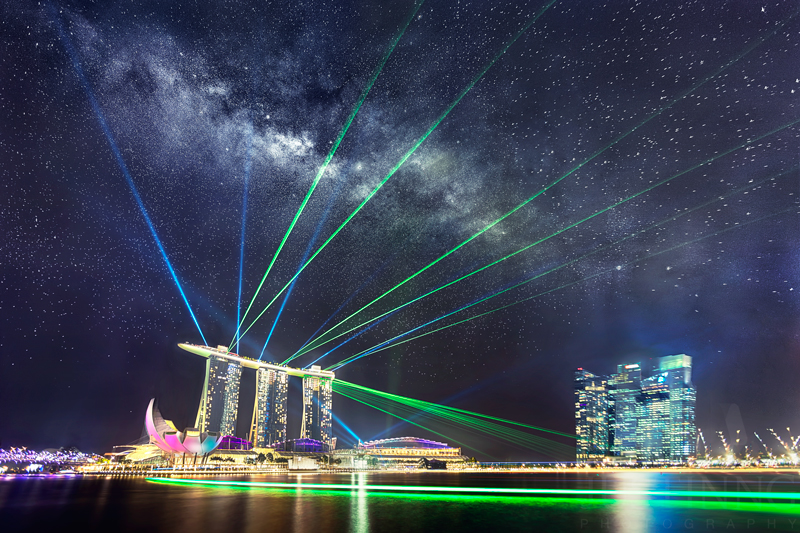 The above image is a result of stacking several exposures taken, without moving the camera or changing the lens or focal length, over a period of approximately 35 minutes. It shows you how the night sky looked like at 9.10pm SGT before the spectacular laser show started from 9.30PM SGT onwards. We can’t see the night sky with our naked eye here due to its extreme light pollution and so, I’ve used a very complex workflow to unveil the details of the night sky before I stacked it against the beautiful foreground, showing the exact position of the Milky Way galaxy from this angle at 9.10pm SGT. I’ve also stacked a one-minute exposure shot for the green light trails from the riverboat. Star trails are visible in the image due to the correction of distortion and correcting the distortion with the lasers is no easy task. If I had corrected the distortion of the foreground image before I stacked the night sky image, the position of the Milky Way will not be accurate.

[SEE ALSO: How I Photograph The Milky Way From Light-Polluted Skies of Singapore]

In order to execute this shot on late July, I monitored the sky conditions using my astronomy tool. The sky has to be in pristine condition before sunset, which is quite rare in Singapore, until after the laser show at around 9.45pm SGT so I can try 2 different compositions because the Milky Way will be located above the Marina Bay Sands right after sunset. There’s another show at 11PM SGT on Friday and Saturday but the Milky Way will be too high then. 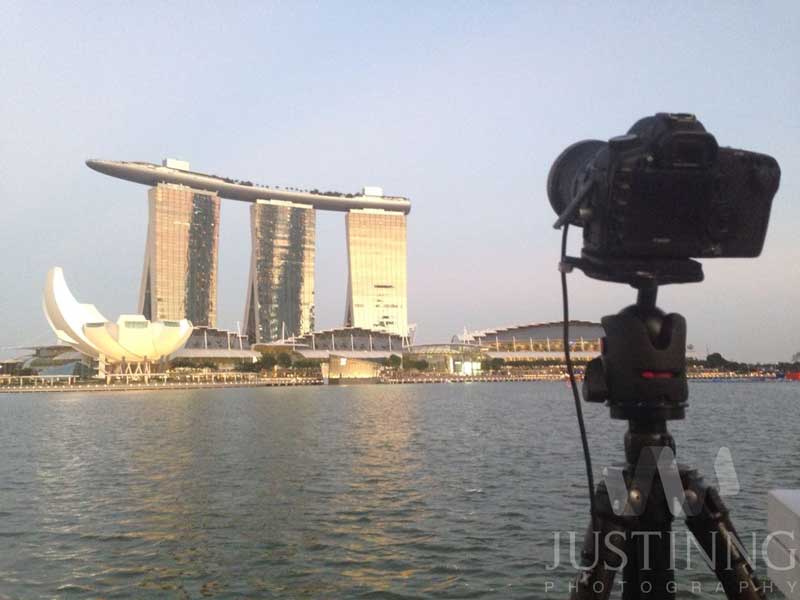 21 July 2014 – My simple setup to capture the rising Milky Way above Marina Bay Sands and the spectacular laser show in Singapore. Taken with iPhone.

The above image shows my simple setup to capture the rising Milky Way above MBS and the laser show. I kicked off my first attempt by shooting the 1st laser show at 8.00PM SGT and only started exposing for the night sky at around 8.30PM SGT when the sky reached its astronomical darkness condition. But my first attempt was ruined by the light-pollution coming from the floating platform! 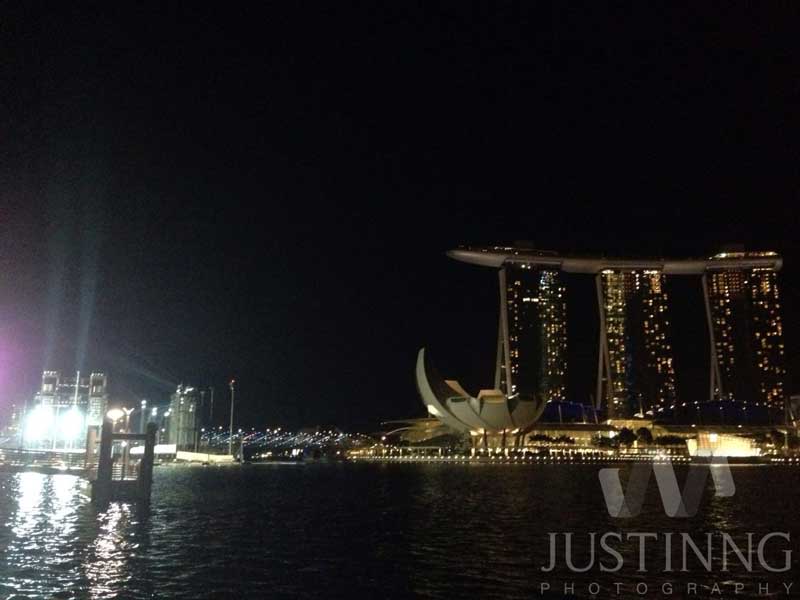 21 July 2014 – Light pollution coming from the floating platform in Singapore. Taken with iPhone.

So I was kinda disappointed but all hope is not lost yet! The lights were switched off at around 9PM SGT and very quickly, I commenced shooting again and the final image is a result of my 2nd attempt.

As of writing, the laser show starts every night at 8PM and 9.30PM SGT and on Friday and Saturday, there will be another show at 11PM SGT and each show lasts around 15 minutes.

Here’s how the final image was processed.

1. An underexposed image was used as a base image. 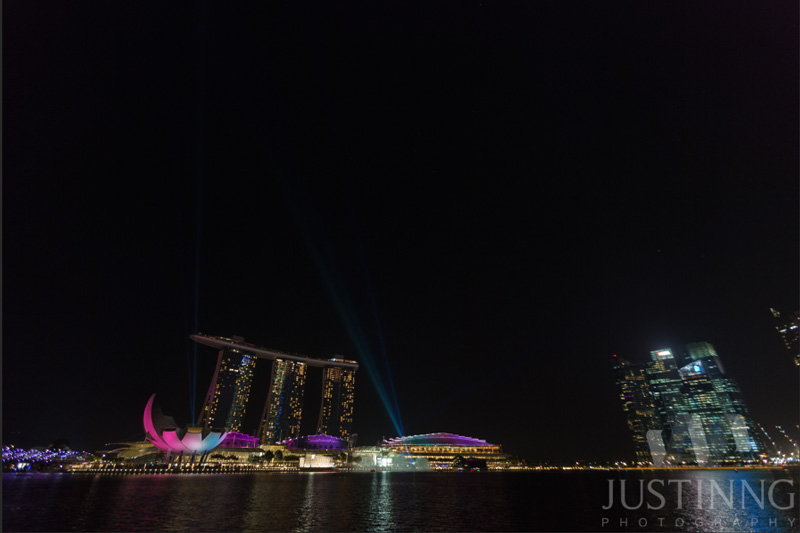 2. A one-minute exposure shot showing the green light trails from the riverboat was stacked against the base image.. 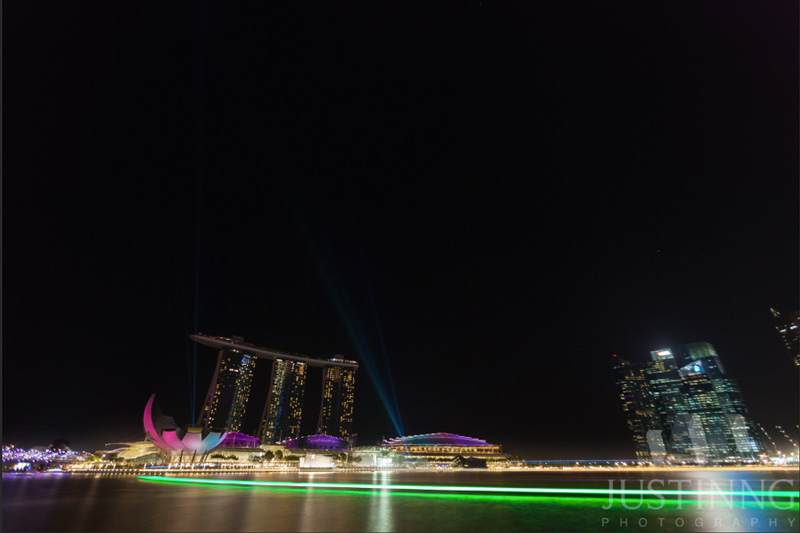 3. I’ve selected one of the laser light show images and stacked it against the base image.. 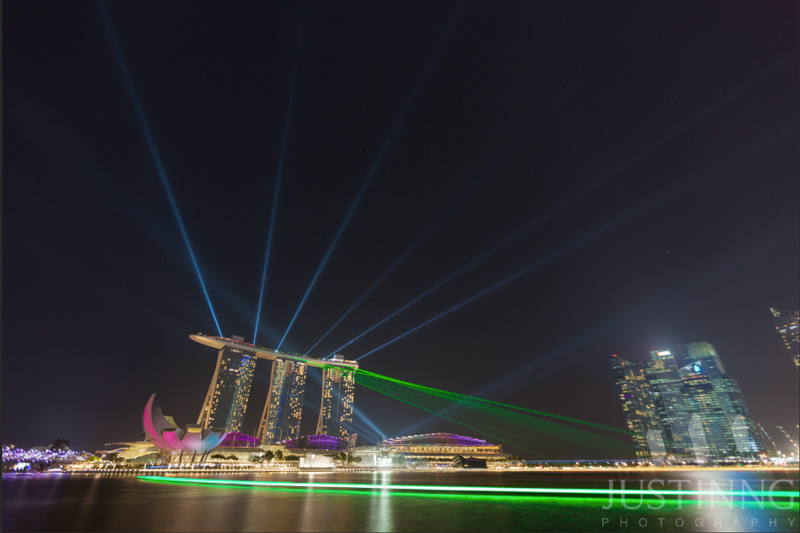 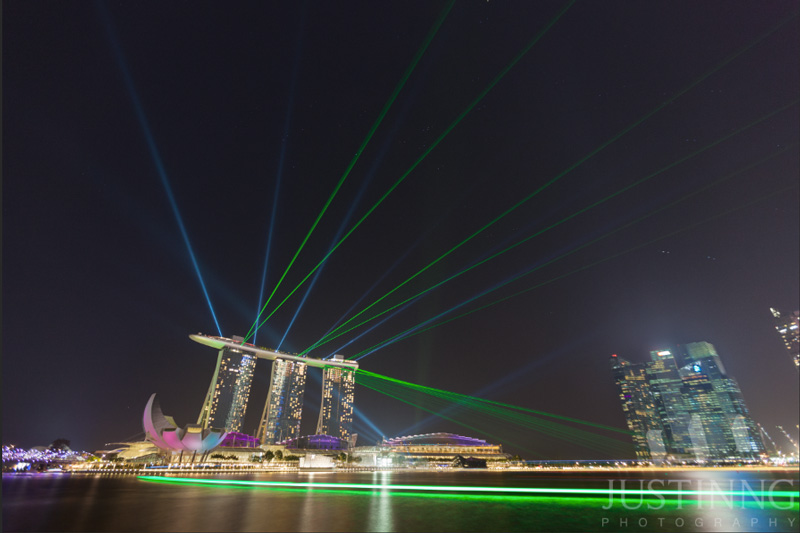 5. An image that’s exposed for the night sky was selected. This night sky image was captured at 9.10PM SGT. 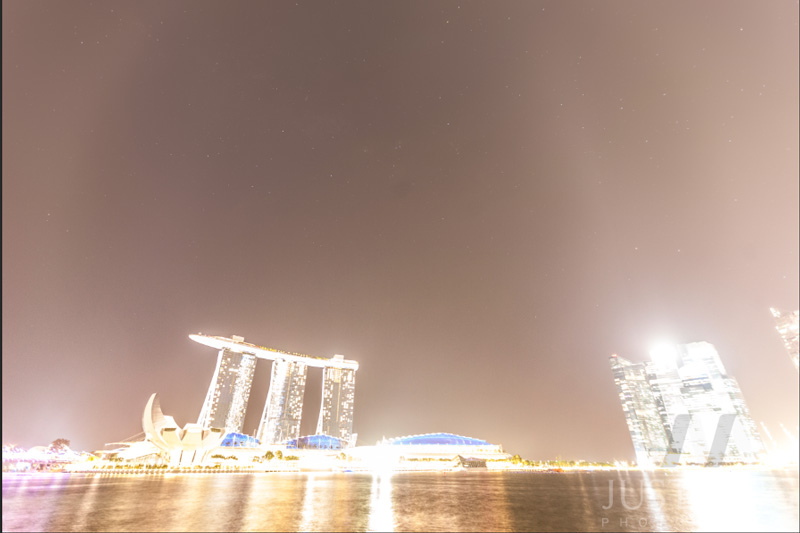 6. I then processed the image to unveil the elusive Milky Way. 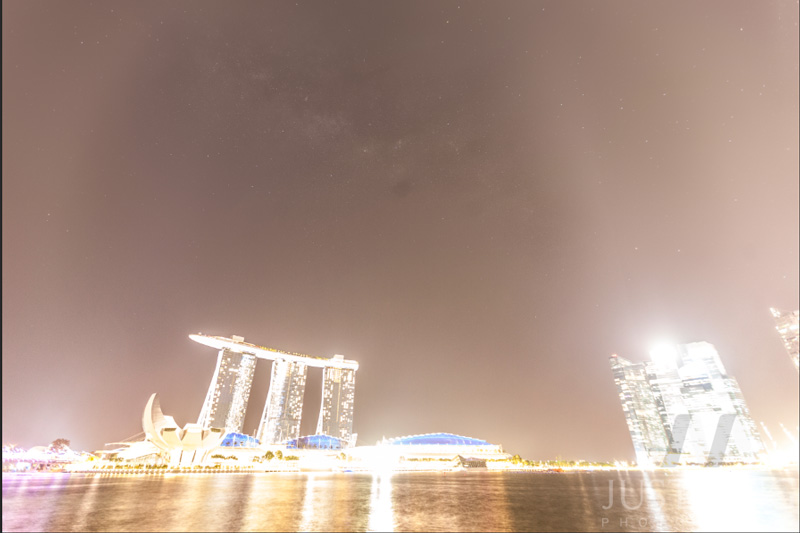 7. The processed night sky image was stacked against the rest of the images.. 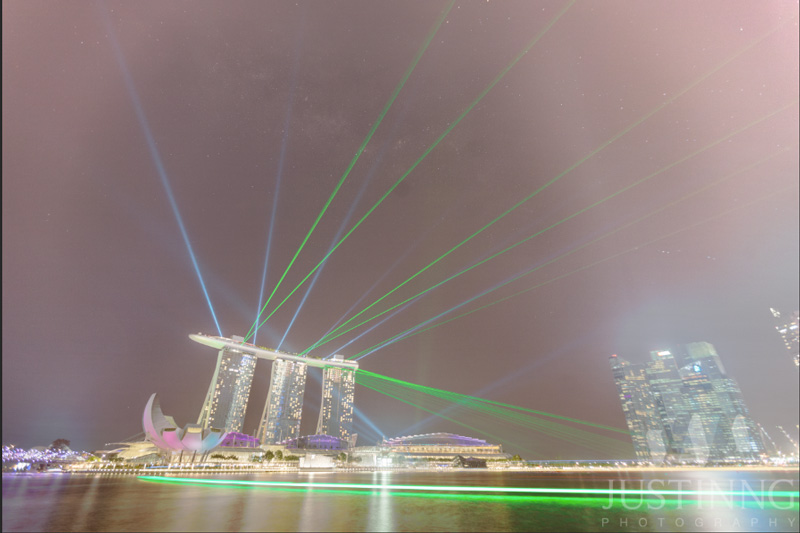 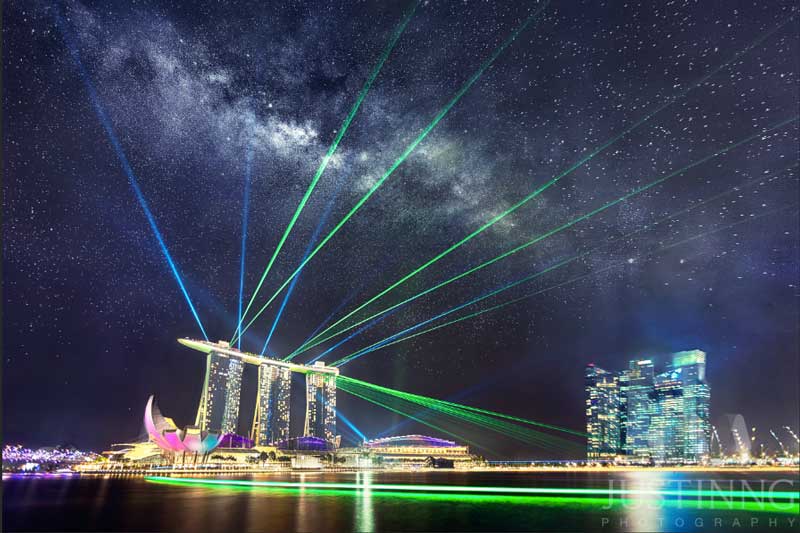 I will be heading back to this location again this Saturday to capture the fireworks during National Day Parade (NDP) 2014 rehearsal and add the fireworks data into this image. If you wish to join me, visit http://bit.ly/1A5k06j for more information.