Loading posts...
Home Astronomy How I Shoot Milky Way In Singapore With Huawei P30 Pro on 25 May 2019
Author
Comments
Share

The moment I had been waiting for finally arrived exactly 49 days after I’ve got my Huawei P30 Pro. This is one of my final tests for it after I’ve shot the Milky Way handheld in Mersing, shot a Eta Aquarid meteor and a bunch of other images in Mount Bromo and most recently, a lightning shot from my balcony with P30 Pro.

So what’s the big deal about this test? Because photographing the Milky Way in Singapore with a DSLR was deemed impossible by many astrophotography veterans here 5 years ago and many commented that my images were photoshopped, not knowing that I can do a much better job at it if I wanted to.

After Mothership shared my story on their facebook page, some commenters apparently didn’t think it’s possible to shoot the Milky Way in Singapore with Huawei P30 Pro. Challenge accepted 😀

It’s not surprising why many people didn’t think it’s possible because Singapore is also named as the country with the highest light pollution in the world. The light pollution map below shows you the sky quality at Sentosa, the location where my test was performed. The sky quality was class 9, and class 9 skies are the worst, with the entire sky brightly lit, even at the zenith, making the possibility of photographing the Milky Way here seem impossible. But not with the Huawei P30 Pro.

In case you’re wondering how class 1 or class 3 skies looks like (pun intended), you can see the behind-the-scene image taken with my iPhone X and Samsung S9.

Both smartphones are equipped with the technology to make a brightly-lit location looks like a dark site. Okay jokes aside and by the way, I was an Apple fan for a decade and iPhone is still my main phone. I’m not affiliated with Huawei in any way.

Back to my point. So, I’ve informed my group of participants, who signed up for my first night photography tour in Singapore, 3 days ago that we’ll be doing the workshop yesterday. My prediction was right. Sky condition was acceptable with some clouds, seeing was not great but I knew we could get something there with a DSLR and so, I went ahead with the workshop and made a successful debut, with Milky Way images captured with my P30 Pro as an added bonus. And as I’m writing this, I already know the sky is going to be good again tonight and I’ll be heading down to East Coast Park to make another attempt with P30 Pro.

[Updated on 27 May 2019] – My prediction was right and here’s my attempt to shoot the Milky Way at East Coast Park.

Now let me talk about my video, especially on the part where I did a 25s shoot in Pro mode, because I believe the rest are quite straightforward. It’s also worth pointing out that the Milky Way actually looks more obvious on my phone than in the video posted here. Try it yourself and see if you agree with me on this. Let me know in the comments below.

Applying the ETTR technique, as described in my tutorial, with P30 Pro isn’t as straightforward as it seems because I can’t change the aperture value in Pro mode. So I’ve tried different settings and checked the histogram after each attempt before I used the settings: F2.2, ISO 1600 and 25s eventually. Then I processed the image using some of the techniques mentioned in my tutorial to unveil the elusive Milky Way taken at Sentosa with P30 Pro. I’ve also forgotten to expose for the trees on the right, resulting in loss of details and so, I’ve cropped off the overexposed trees instead.

Conclusion: I’m so glad I bought Huawei P30 Pro before the Huawei ban. And with P30 Pro in my pocket, here’s what’s inside my camera bag. 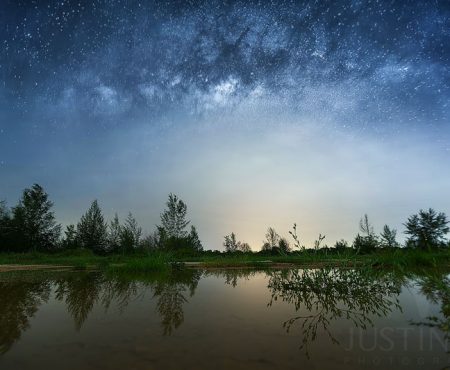 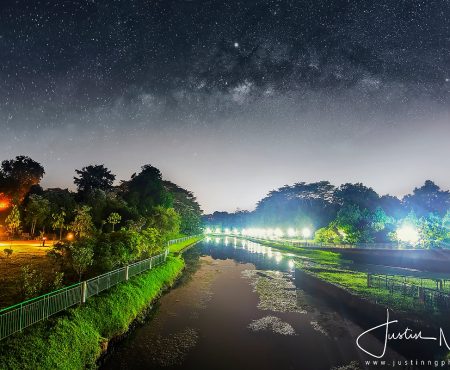 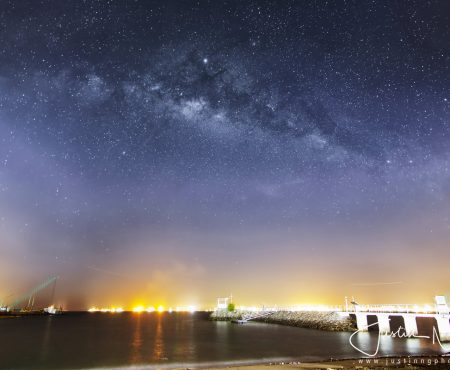 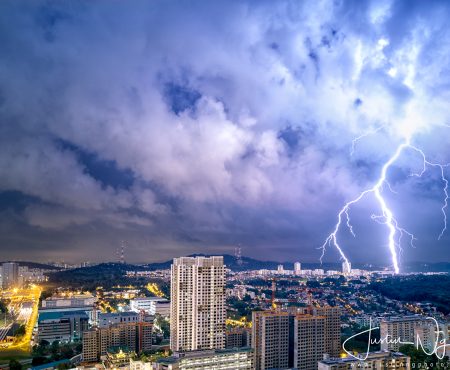