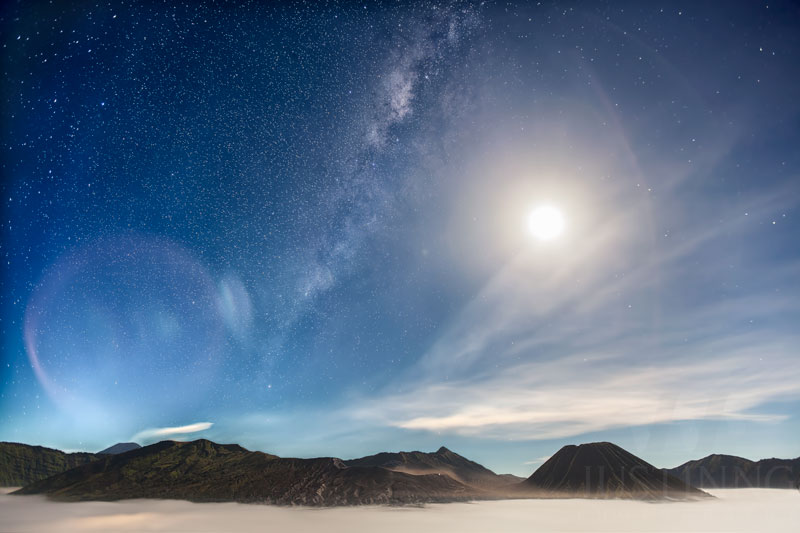 Just led my first full moon astrophotography expedition to Mount Bromo, one of the active volcanoes in East Java, Indonesia. It would have been easier to unveil the Milky Way against the bright moon on our first night there but the sky was cloudy and we could only do this on our last night, which was more challenging as the bright moon was located nearer to the Milky Way’s Galactic Center.

The Moon and Saturn made a close approach on 6 May, passing just within 2° of each other, at around 35° above horizon at 5.30am (GMT +7) on a cold night where Eta Aquarid meteor shower peaked. The large and bright waning gibbous moon managed to obscure both the Eta Aquarid meteor shower and the spectacular Milky Way with its illumination at 97%. Although I was able to see a few faint Eta Aquarid meteors on that night, I was unable to see the Milky Way with my naked eye because the bright Moon was located at approximately 20° from the Milky Way’s Galactic Center! Nonetheless, using the method that I have shared in this tutorial, I managed to unveil the Milky Way that’s obscured by the moon. So it’s still possible to unveil the Milky Way against a large and bright moon! Give it a try. 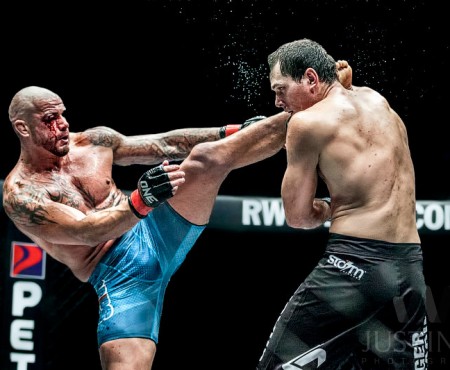 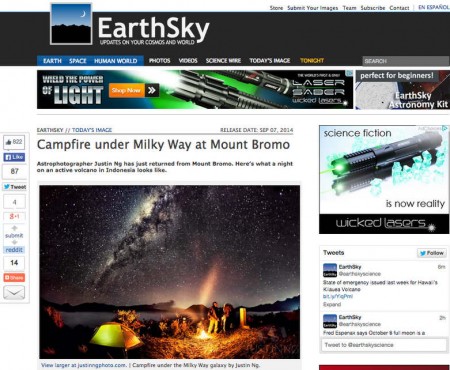 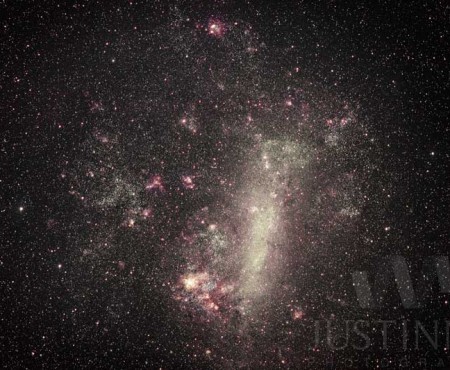