Just returned from a 3D2N astrophotography trip to Mersing suggested by a bunch of awesome folks who followed me to Mount Bromo last month. I arrived in the late afternoon to collect all the room keys and didn’t do much after that as the skies were cloudy until late night. The folks in the second car departed at 6.30pm and they finally arrived at Mersing town roundabout at around midnight. So I grabbed a quick shot of the rising Milky Way above the newly discovered tree before I went to link up with them. 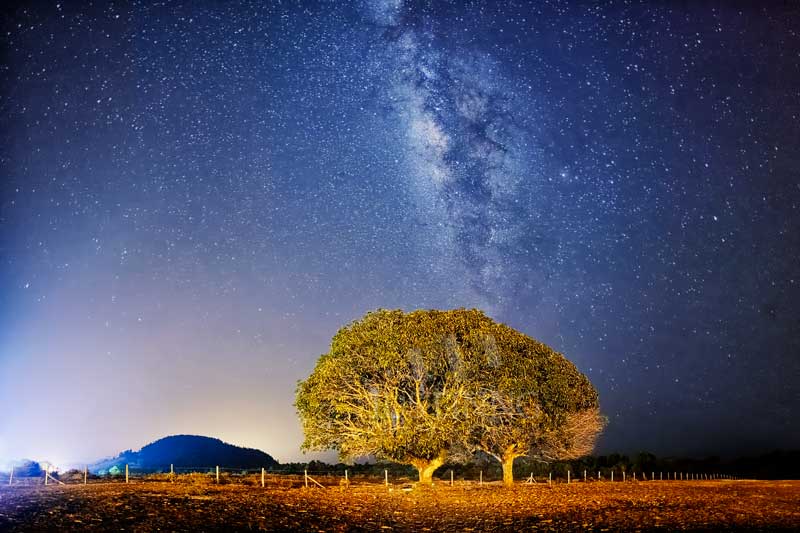 The sky condition on 28 June 2014 was partly cloudy but knowing that the skies will clear after sunset using my astronomy tool, I led the group to a location to capture the Milky Way but what happened during the shoot was unbelievable. About 1.5 hours into the shoot, we were treated to a spectacular lightning show by Thor and the below image is a result of stacking 12 photos from my time-lapse sequence, 11 shots of lightnings and 1 shot for everything else. 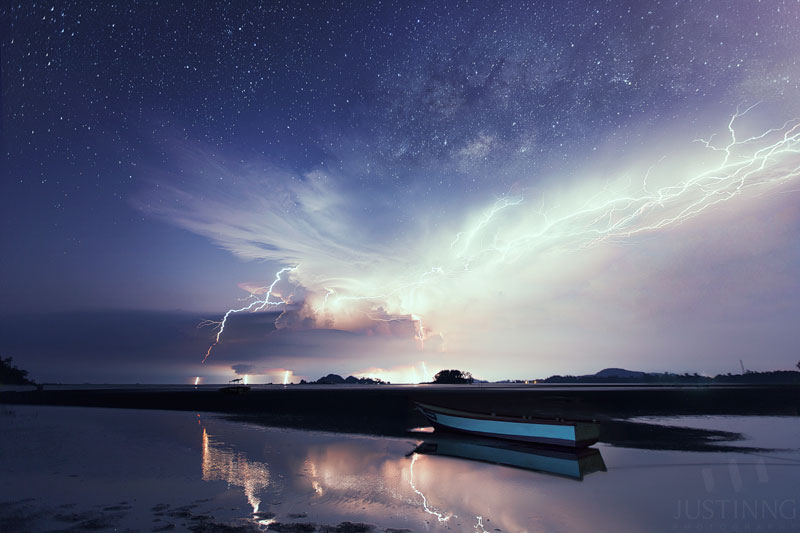 28 June 2014 – Rise of the Milky Way and spectacular lightning display in Mersing.

We were pretty much satisfied with what we’ve captured for this trip and since it’s cloudy, we decided to pamper ourselves with a movie treat right outside our rooms. Thanks Paul for setting this up! 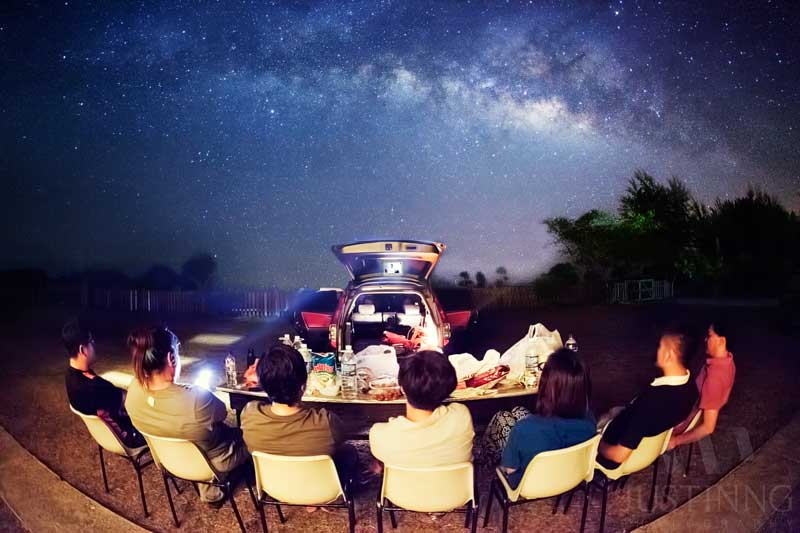 28 June 2014 – A composite image of the folks enjoying the outdoor movie screening under the Milky Way.

The band of the Milky Way was visible right after the end of the movie and I took a shot of our galaxy located at the right side of the above image and blended it into the image. So this was how I spent my weekend and if you would like to be posted of my future trips, please subscribe to my mailing list. Do check out some of the images I’ve taken in Mersing last year below. 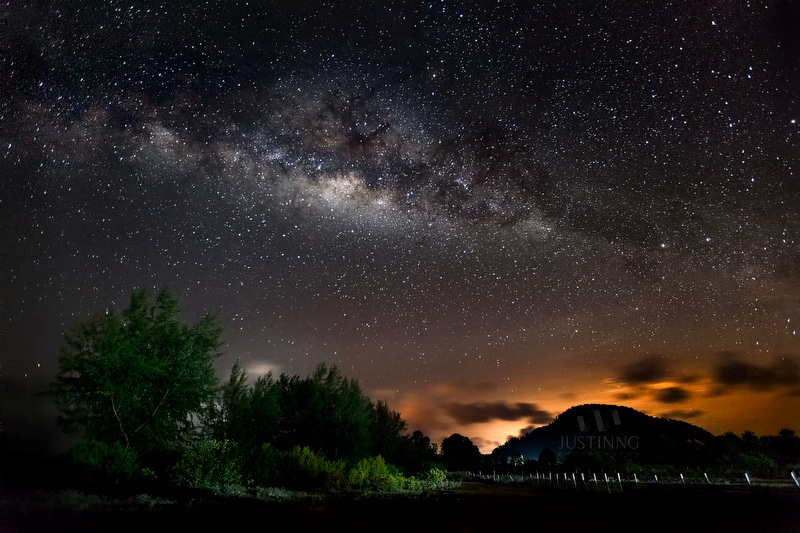 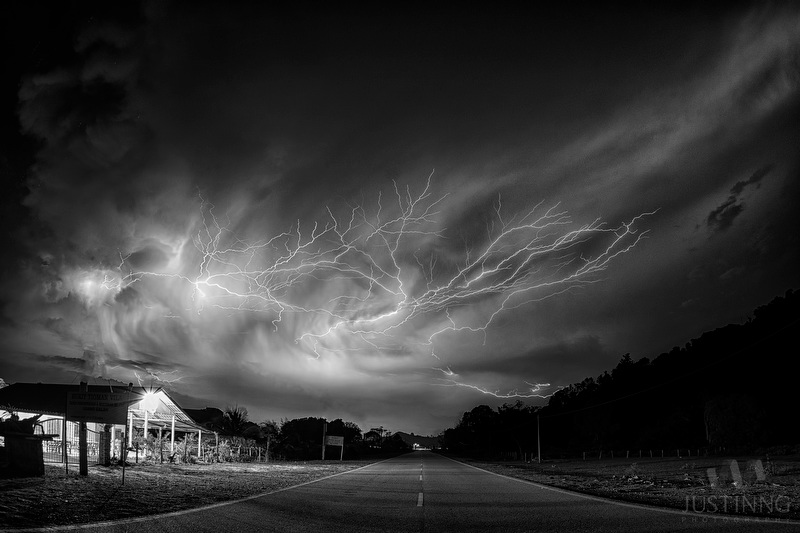 12 August 2013 – Spectacular lightning show in Mersing one night before the peak of Perseids Meteor Shower. 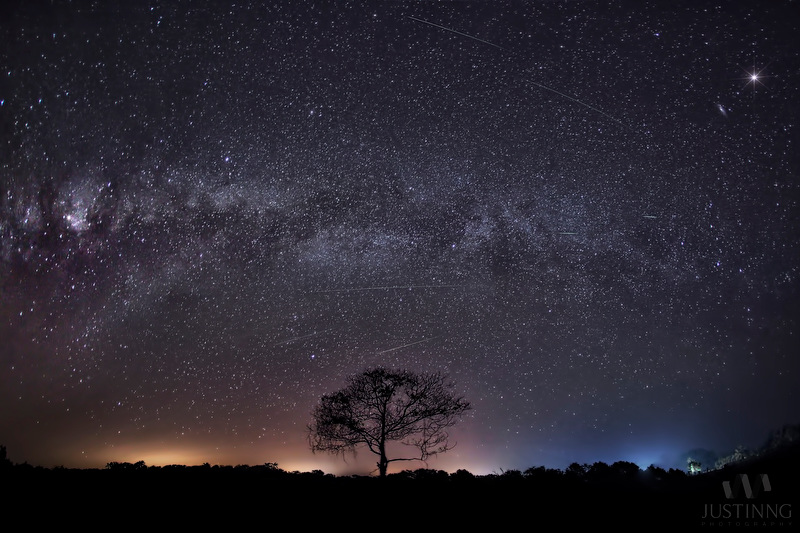 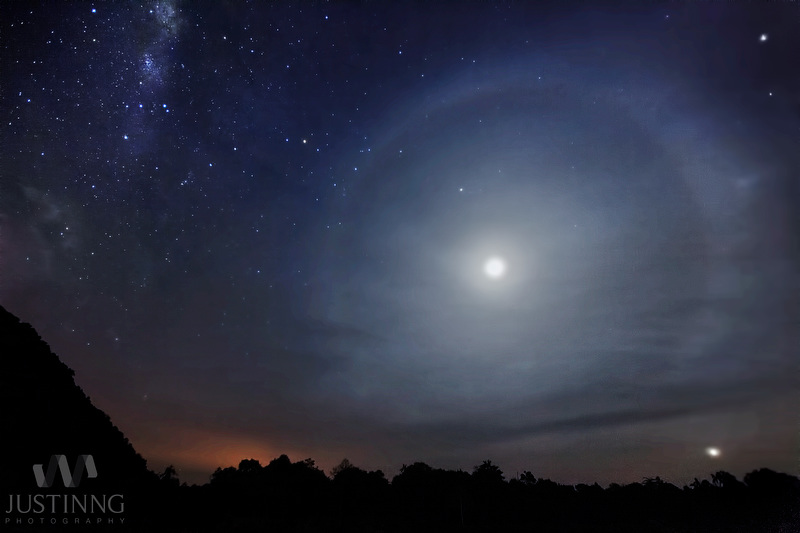