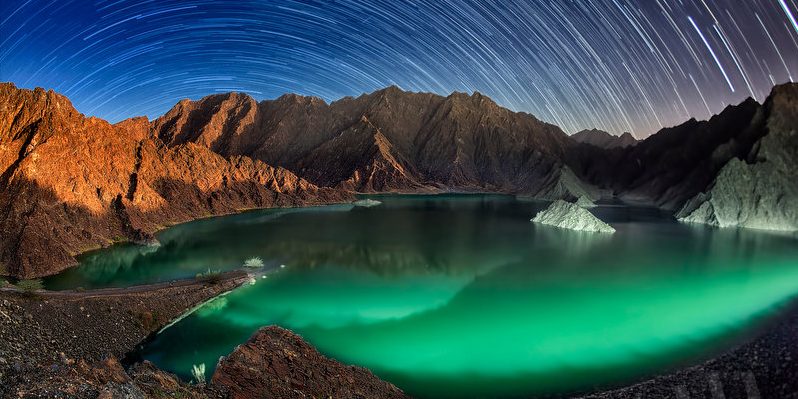 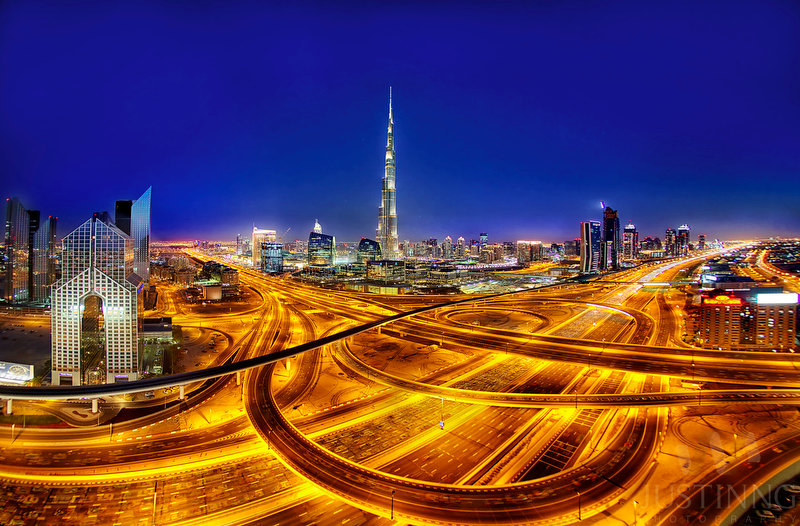 I kicked off my 5D4N astrophotography recce trip with a classic sunset shot (below) and a blue hour image (above) of Burj Khalifa, the tallest building in the world, taken in Dubai. To be honest, the rooftopping experience was far more exciting than getting the shots itself, especially so for a first-timer like myself. And once you managed to get to the top, you will be rewarded with a breathtaking view of the most populous city in UAE, which made the efforts to get to the top all worthwhile. I haven’t been doing panorama and cityscape shots for the longest time and I thought there’s no better time to do it again when I was at the rooftop. 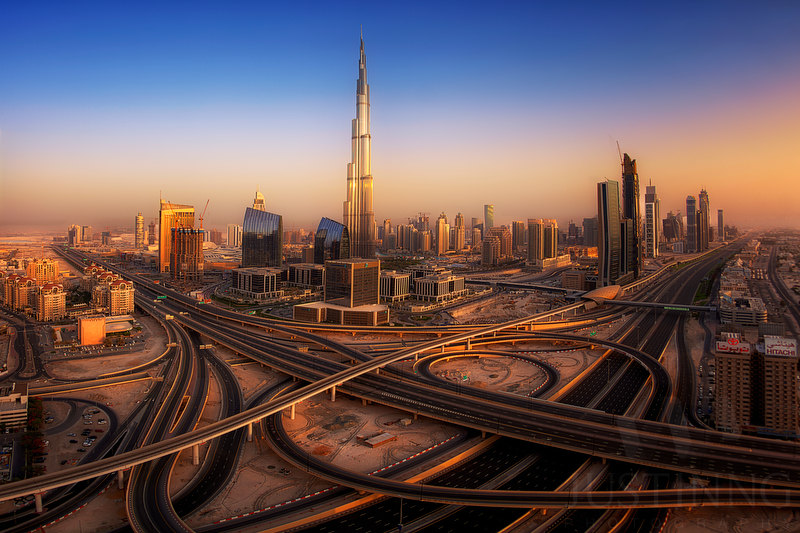 The cars were removed, not by cloning them off of course, in the above image to show a near impossible sunset view of Burj Khalifa taken during the golden hour.

I didn’t plan to visit Dubai as early as May initially because I know I might be going there on an assignment in August 2014 but when the news of a possible ‘meteor storm’ on the nights of 23/24 May 2014 first broke out many full moons back, I started researching for locations and I finally settled for Dubai due to its favorable sky conditions for the month of May and its location. I also know UAE has a lot to offer me if the heavily hyped Camelopardalids meteor shower turns out to be a dud.

Just minutes before midnight on 22 May 2014, I went to Abu Dhabi to attempt to unveil the elusive Milky Way that’s obscured by the heavy light pollution at the new Hodariyat Bridge. So if you wish to try your hands on shooting the Milky Way under light pollution, this is a good place to do it. You can also check out my tutorial here if you need some tips. 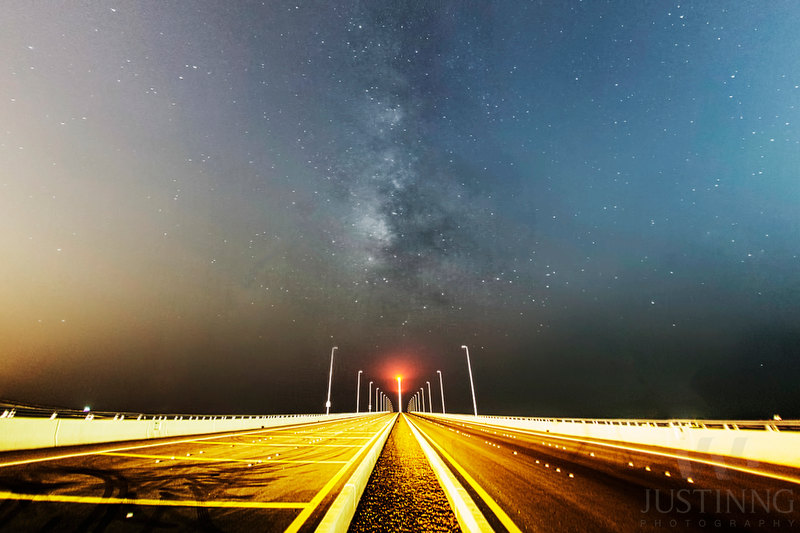 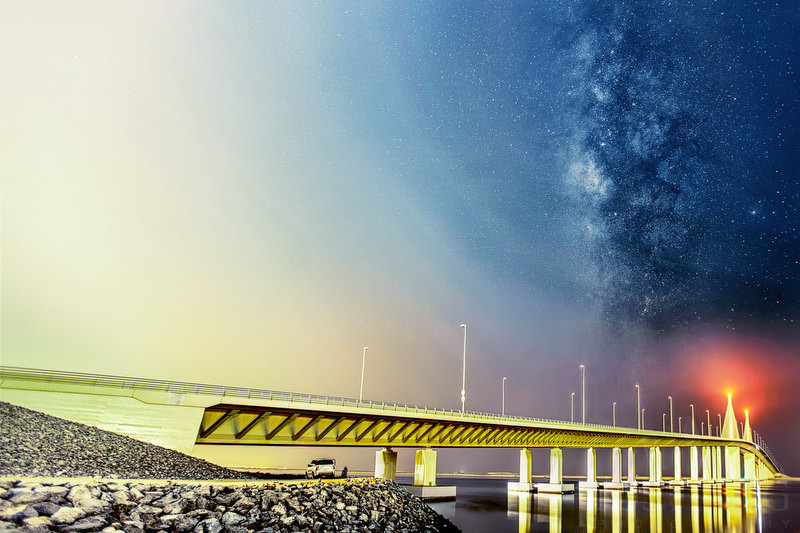 The 1.3km-long bridge is completed but not operational yet as far as I know and I think it might become more challenging to shoot the Milky Way there once it’s fully operational. So, wait no longer, go for it!

On 23 May 2014, I visited the Hatta Dam and did a day-to-night time-lapse there. The below image is a result of blending a day image and a night image together to show how part of the Hatta Dam looks like during the day and night in a single photograph. As I planned to visit another location to capture the Camelopardalids meteors, I only did a one hour star trails here after sunset before I wrapped up. 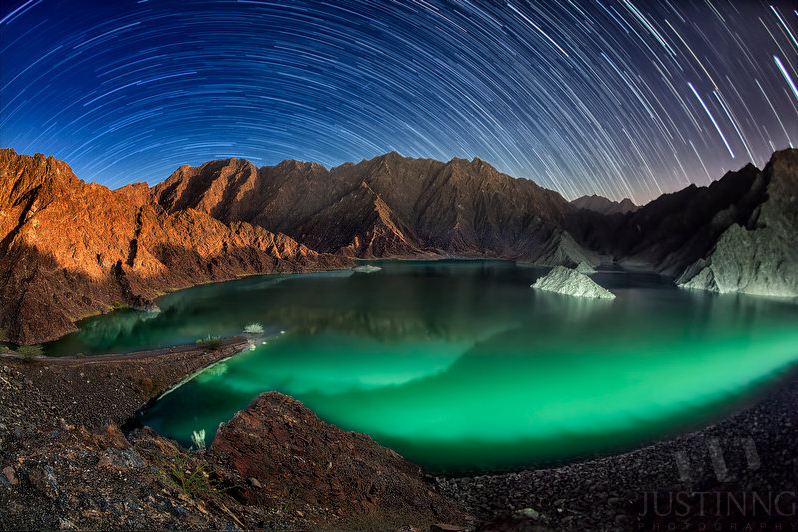 Trails of Hatta Dam from Day to Night

You can drag the slider below to see how Hatta Dam looks like during the day and night. Part of the dam was illuminated with artificial lights from the lampposts behind me.

I went to Jebel Al Jais mountain, standing at approximately 1950m above sea level, which I believe is the tallest mountain in United Arab Emirates (UAE) to capture the first-ever meteor shower which stems from Comet 209P/LINEAR and scientists have no idea what the comet was doing in the 1800s. Although the meteor shower didn’t perform as expected but it’s amazing that it’s even happening at all and I believe I’ve managed to capture a Camelopardalids meteor that streaked across the night sky after waiting for several hours. I’ve also captured the headlight from one of the cars to show that the peak of the mountain is accessible by cars. 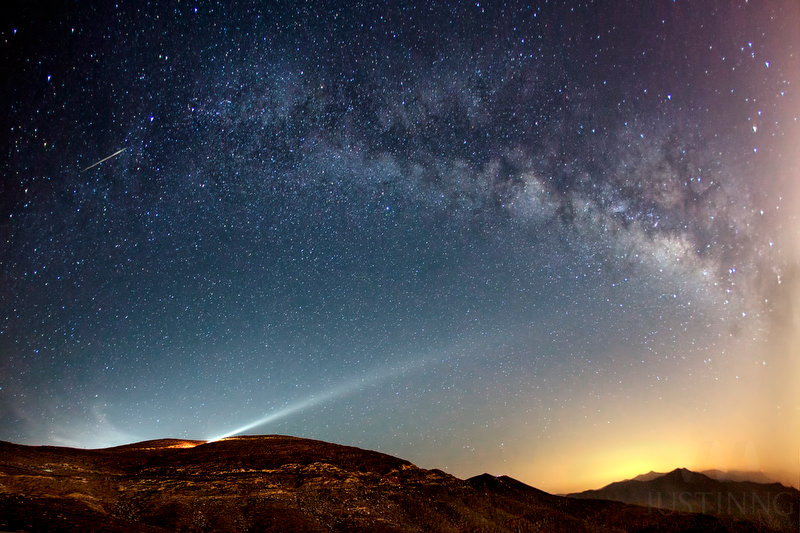 I left Jebel Al Jais mountain and took my first sunrise shot of the trip. 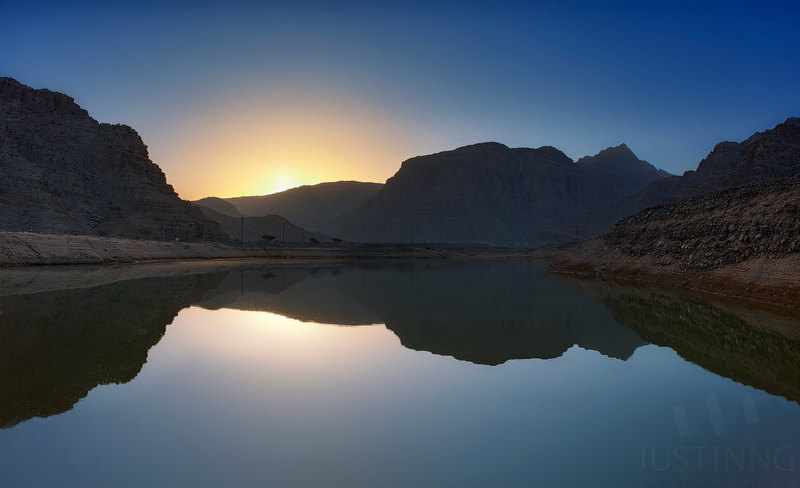 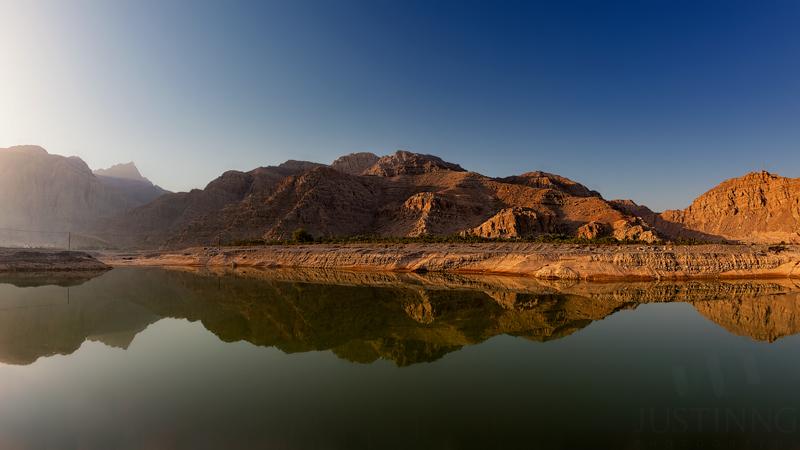 I was mesmerized by this scene and I was pretty sure I will be able to capture beautiful night sky images here and so, I drove for hours at night to return to this location again, and I was right.

But guess what? Just when I was about to transfer another batch of pictures from Drobo into my macbook for processing, I realized they are GONE! At this point of time, I am really not sure if they were overwritten or what but I’ve tried to recover some files from my CF cards, which most of them were also overwritten with thousands of event pictures that I’ve taken recently, and I am sure now I’ve lost most of the images I have taken during the last two nights.

The images you see below are those that I’ve managed to recover from some of my CF cards and until I find time to attempt to scan my Drobo system to see if those images can be recovered, these are all I have for now. 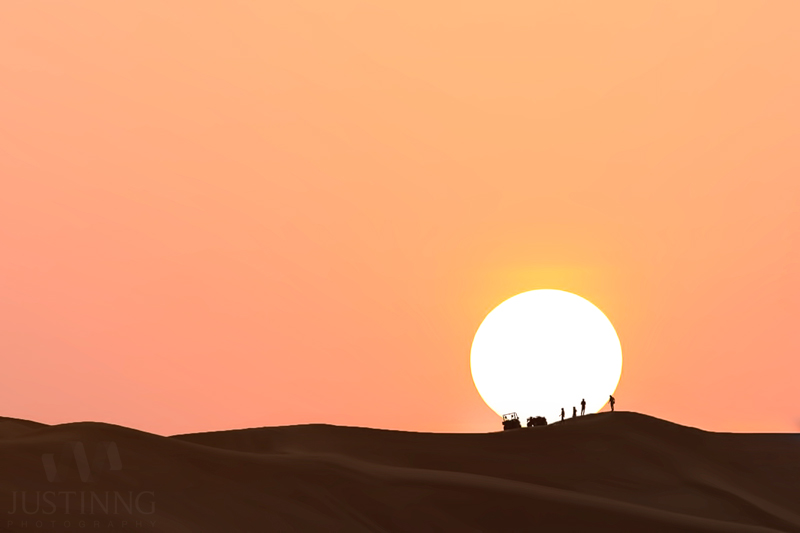 Beautiful sunset at a desert along the way to Oman.

I stopped by and took the sunset shot at a desert while I was on my way to Oman. The desert is only accessible by 4WD and you can become one of the people you see in the above image if you join the desert tour. 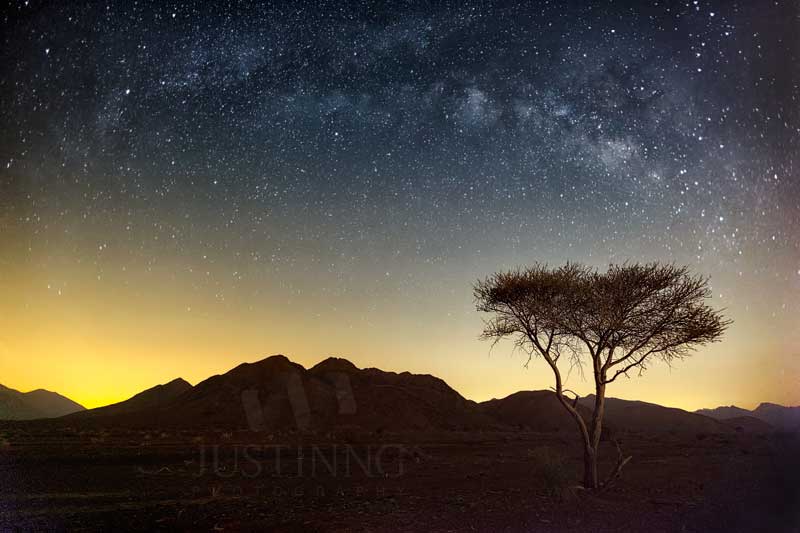 Composite image of a Milky Way above the lonely tree

That’s all for now. I will update this page with more pictures if I manage to recover them and if not, I will be going again in August 2014 and I hope to come back with even better images. Wish me luck!

Starting out as a self-taught photographer in September 2010, Justin Ng has garnered his photographic experience from a diverse range of subjects, events and locations eventually earning recognition and publication in world-famous media sources like the BBC, CNN, National Geographic, Yahoo!, Space.com, EarthSky, UniverseToday and just to name afew. Justin was published as Asia's top 30 photographers by Signature Weddings, top 6 landscape photographers in the world by Pixoto, top astrophotographer in the world by Top Ten Magazine and he has been listed as Canon EOS World Photographer of the Year 2013. Subscribe to Justin Ng Photo's mailing list. Quality of all images in this blog is set to 30% to keep the filesize small.