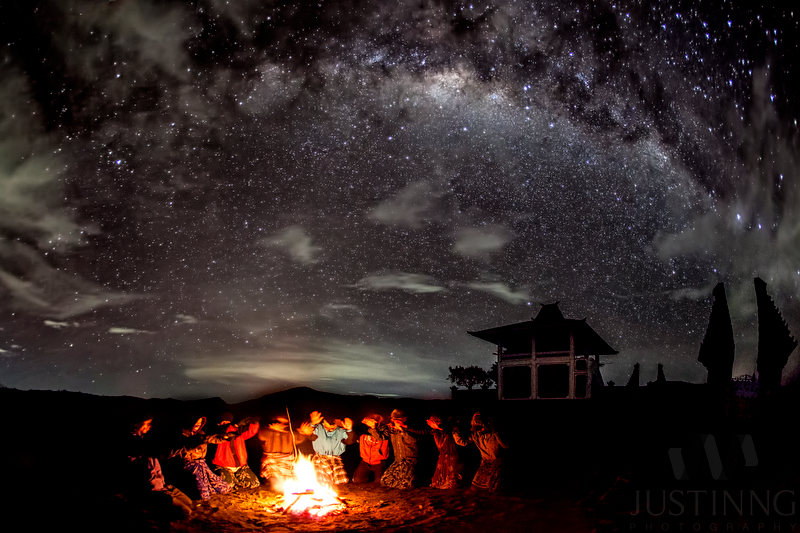 At the time of writing this blog post, I’ve just sent off the first astrophotography tour group with a heavy heart. Generally the weather was good (albeit with occasional clouds) and we managed to capture the essence of every celestial moment at the right time and from the right location. Above image is a single exposure shot of 9 native Indonesians praying in front of the ancient Pura Luhur Poten temple, which holds a significant importance to the Tenggerese tribe, to ask for blessings in Mount Bromo. 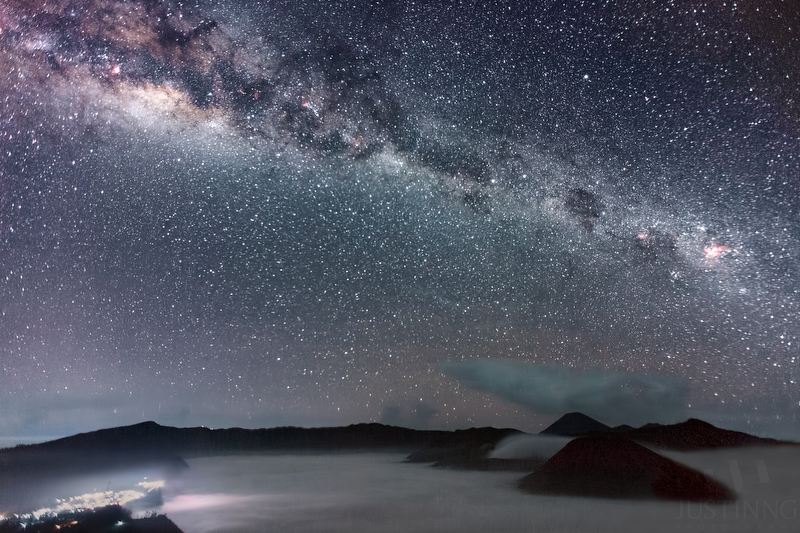 On the 2nd night, we were greeted by a rare scene where Mount Bromo was once again engulfed by the fog (sea of clouds) and the final image was similar to the one I shot last year just one night before the peak of Eta Aquarid meteor shower. We have also witnessed and captured a number of Aquarid meteors streaking across the night sky just few hours before dawn. I’ve also shared with the keen group of photographers on the basics of astrophotography, including the techniques used to find and capture the mysterious deep sky objects that are located in our very own galaxy, the Milky Way, using just a normal DSLR camera and lens. 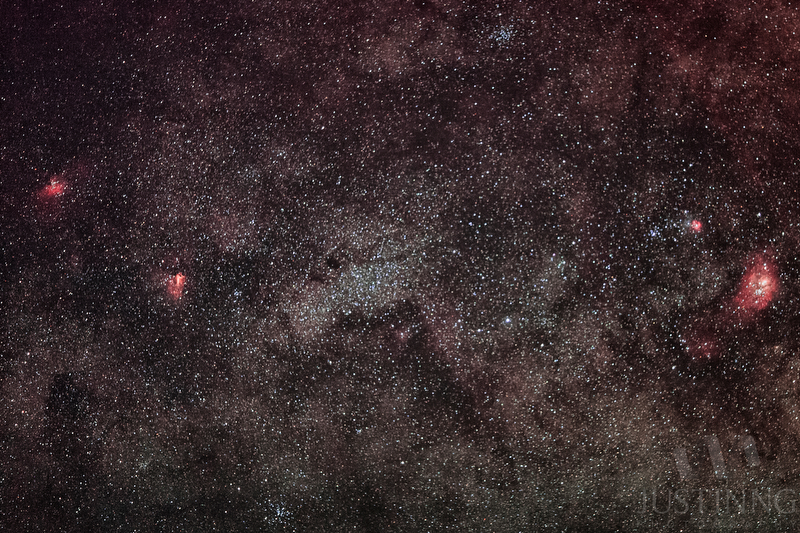 Above image is a single exposure shot of 4 nebulae, namely (from left to right) the Eagle Nebula, Omega Nebula, Trifid Nebula and Lagoon Nebula.

The sky condition for the first night for 2nd group was disappointing with little or no stars in sight when we reached the hotel after a 4 hours journey. So we decided to rest for 2 hours before we left for the first vantage point. 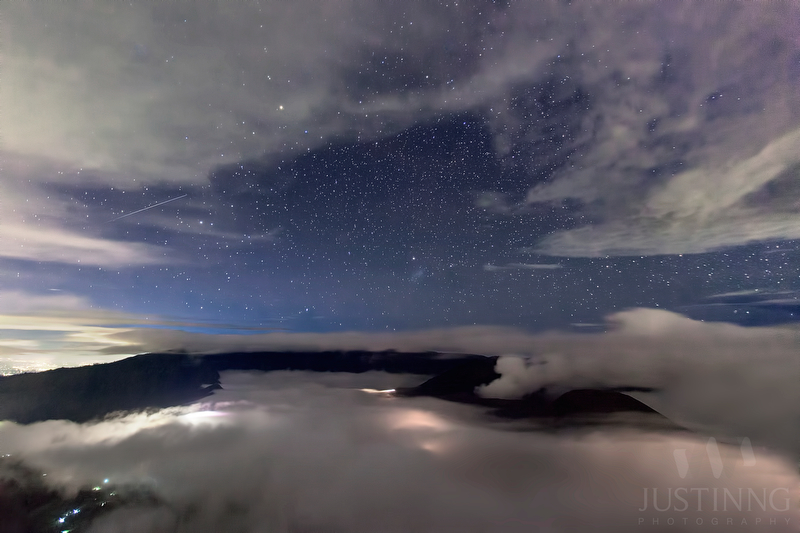 Above image was taken just minutes before the night sky was swallowed by the passing rain clouds. Thanks to my web-based astro tool, we were all well prepared to shoot under the rain for this amazing scene! 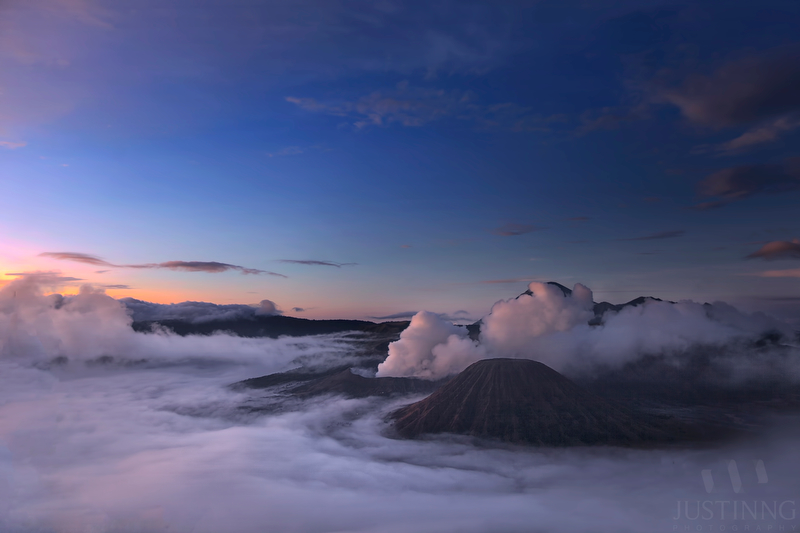 We were greeted by a nice sunrise after the rain! Not so bad after all for our first night eh? We hit the sack after our breakfast, only to wake up before sunset and realised it’s raining cats and dogs. But I predicted the sky to be clear a few hours after dinner time so I’ve made preparations to ferry the group to our first vantage point for the 2nd night. 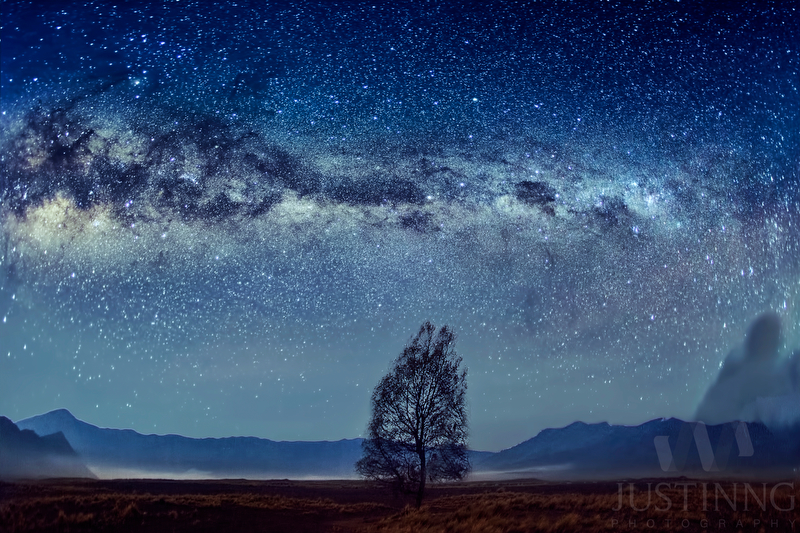 We spent about an hour or so shooting this lonely tree in Mount Bromo before we were inundated by the thick fog that drove us to our next vantage point. The active volcano, Mount Bromo, is also visible in the above image on the right spewing sulphur smoke. 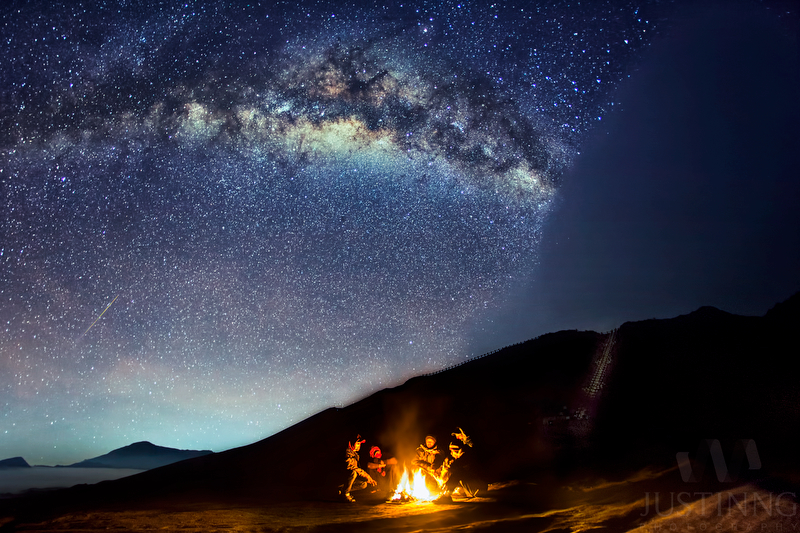 We arrived at Mount Bromo crater during the peak of Eta Aquarid meteor shower and the porters were fast enough to start a fire to keep themselves warm within a few seconds. The above image is a result of stacking 4 images taken at different times facing the same direction. I’ve also done a single exposure shot but I think a stacked image will do justice to this amazing scene.

After having visited Mount Bromo several times over the past two years, I must say it’s definitely much more active now and part of the night sky was obscured by the sulphur dioxide gas emitted from Mount Bromo when I took this shot. At times, we were “consumed” by the sulphur gas for several minutes due to the occasional change in wind direction and we could hardly breathe or kept our eyes opened when that happened. Despite these challenging shooting and viewing conditions, the natives or tourists will still ascend the steep stone staircase (approximately 253 concrete steps) that leads to the brim of the steaming, sulphurous, gaping caldera to catch a glimpse of the scenic sunrise every morning. About an hour before sunrise, I’ve made a difficult decision to move to another viewpoint because we couldn’t see a thing for a prolonged period of time and we left the scene very quickly after we’ve reached a consensus. 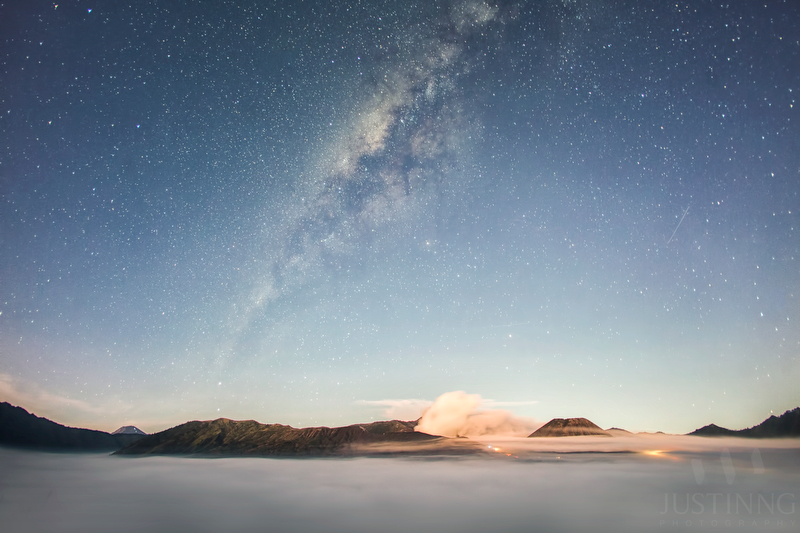 The above image is a single exposure shot of Mount Bromo and the Milky Way just minutes before sunrise and we were shooting near the light source at Mount Bromo earlier before we moved here. 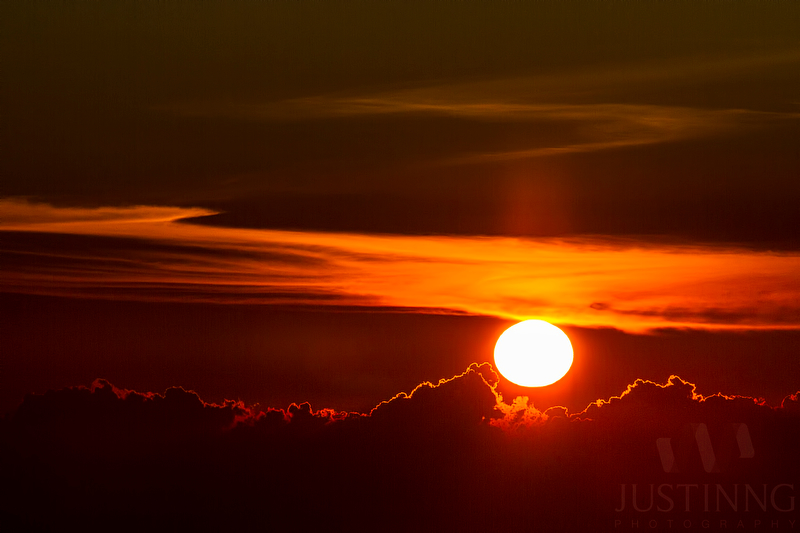 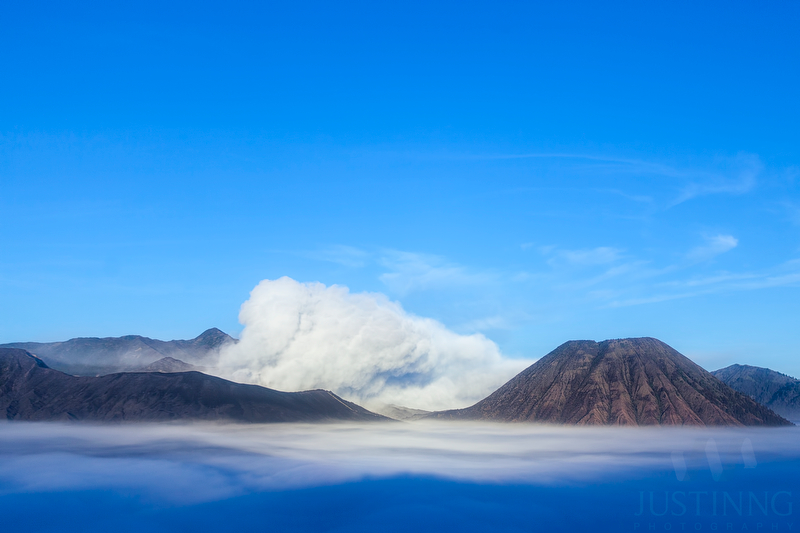 If you are keen to join me in my next astrophotography adventure, please click here for more details or check out my Mount Bromo timelapse movie filmed in 2012 below. 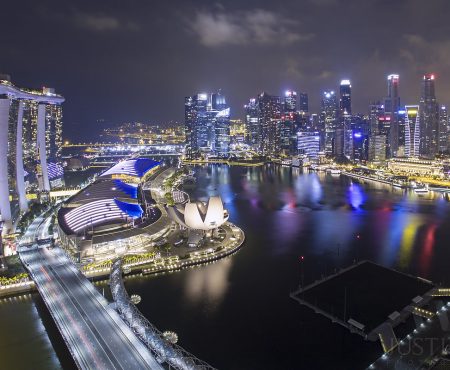